Who said it was cold? One day we woke up to a -12ºF temperature reading
outside, here in Columbia, MO. 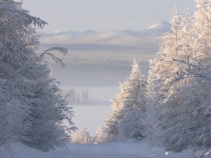 And I thought, there’s got to be something positive about that.  We just can’t be the coldest place on earth today.  So I quickly jumped on our ever knowledgeable internet and discovered that,
yes, there is somewhere colder . . .

In Oymyakon, Russia it is most definitely colder than mid-MO.
Today they were reading -64ºF.  Now that’s cold!!!

So I think I’ll keep our cozy -12º and be quiet about the temperature.

And yet, it’s been a long and Snowy winter this year in a good part of the U.S.
So, thought I’d make a short video dedicated to the Lord’s beautiful gift of SNOW . . .

Some other pics of our Snowy Winter . . . 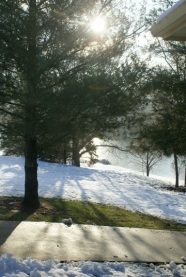 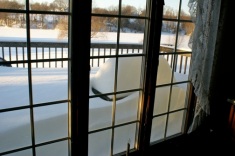 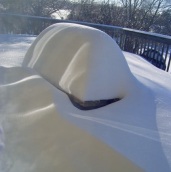 If you’d like to keep a eye on the coldest town on earth, here’s a link to weather in Oymyakon, Russia.

Stay warm Ruskies, and God bless you all!

So where is this Oymyakon…

Must have good insulation, or I would hate to see inside!

And here’s one to help you feel,
“Just like you’re there”  …

There’s even a site where you can listen to
some Oymyakon Music . . .

Ran into the question of, “Why Oymyakon is so cold?”
It’s not on the top of the globe.

This was a nutshell answer:  by tanetahi, a Flickr pro user:
“The reason Oymyakon gets so cold in winter is the combination of its elevation above sea level and its being sited in a valley between two mountain ranges. The valley behaves as a frost-hollow in calm anticyclonic weather during the Siberian winter, so yes, it does kind of make its own weather.”

In the attached blog – there’s a little more detail:  AskYakutia.com

and a reference to what sounds like a pretty interesting book:

Going to Extremes  by Nick Middleton

While Oymyakon may be the coldest inhabited place on earth,
there are colder places where people have lived,
though maybe not permanently.

The following is an excerpt from the Wikipedia article on the South Pole . . .

During the southern winter (March – September), the South Pole receives no sunlight at all, and from May to July, between extended periods of twilight, it is completely dark (apart from moonlight). In the summer (September – March), the sun is continuously above the horizon and appears to move in a anti-clockwise circle. However, it is always low in the sky, reaching a maximum of 23.5° in December. Much of the sunlight that does reach the surface is reflected by the white snow. This lack of warmth from the sun, combined with the high altitude (about 2,800 meters (9,186 ft)), means that the South Pole has one of the coldest climates on Earth (though it is not quite the coldest; that record goes to the region in the vicinity of the Vostok Station, also in Antarctica, which lies at a higher elevation). 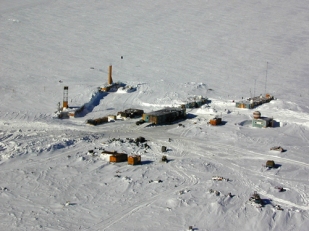 In midsummer, as the sun reaches its maximum elevation of about 23.5 degrees, high temperatures at the South Pole in January average at −25.9 °C (−15 °F). As the six-month “day” wears on and the sun gets lower, temperatures drop as well: they reach −45 °C (−49 °F) around sunset (late March) and sunrise (late September). In winter, the average temperature remains steady at around −58 °C (−72 °F).

Deep beneath the surface

The South Pole has a desert climate, almost never receiving any precipitation. Air humidity is near zero. However, high winds can cause the blowing of snowfall, and the accumulation of snow amounts to about 20 cm (7.9 in) per year.  The dome seen in the pictures is partially buried due to snow storms, and the entrance to the dome has to be regularly bulldozed to uncover it. More recent buildings are raised on stilts so that the snow does not build up against the sides of them. 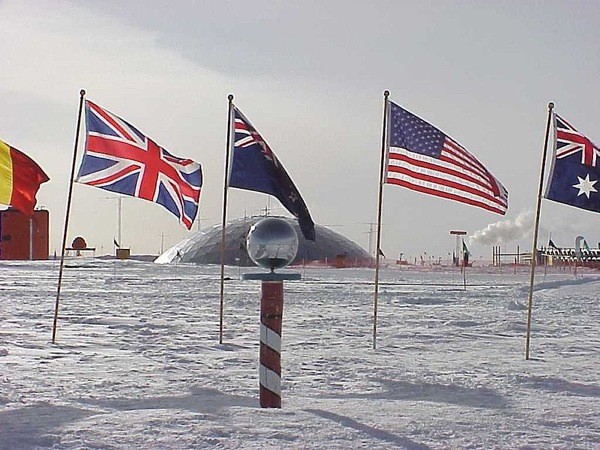 Hello and welcome to ColorMe4Life and Whispers to the Wind. My name is Joe Puglis and these websites encompass various aspects of my life. From the backgrounds of grocery store proprietor, to research chemist, to manager, carpet dyer and Catholic deacon you'll find a cornucopia of colors here, the Colors of Life. Most dear to my heart is my love of God, my awesome family, and you, beloved. Thank you for visiting. Please come back again. And feel free to visit the links in all pictures and hyper-linked words. These are always hand selected to go with the topic of discussion and kept as absolutely clean as possible. Also, I apologize for any links that have been removed by their owners. In time I try to replace them or update them. Hope you enjoy. May God bless YOU always, in Christ's love! Joe
View all posts by Joe Puglis →
This entry was posted in Life Colors and tagged Antarctica, Cold, Coldest place on earth, Oymyakon, Russia, Snow, South Pole, Vostok Lake, Winter. Bookmark the permalink.

3 Responses to Who said it was cold?