(Links: Album Cover picture goes to music/video,
“by – Name” goes to Band’s webpage,
Band name in description is a link to Wikipedia info on the Band)

Donna Cori Gibson is a contemporary Catholic musician, writing and singing beautiful music to the Lord. 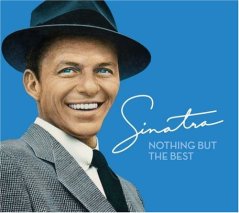 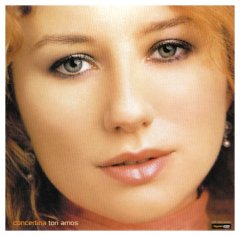 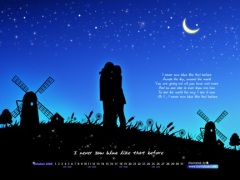 Shawn Colvin (born January 10, 1956) is an American singer-songwriter and musician. 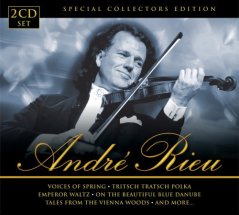 Electric Light Orchestra (ELO) were a British rock group from Birmingham, who released eleven studio albums between 1971 and 1986 and another album in 2001. ELO were formed to accommodate Roy Wood and Jeff Lynne‘s desire to create modern rock and pop songs with classical overtones.  And here’s the 2010 Megamind movie version – Mr. Blue Sky.

Behind Blue Eyes
by The Who

The Who are an English rock band formed in 1964 by Roger Daltrey (vocals), Pete Townshend (guitar), John Entwistle (bass) and Keith Moon (drums).

Elvis Aaron Presley (January 8, 1935 – August 16, 1977) was one of the most popular American singers of the 20th century. A cultural icon, he is widely known by the single name Elvis. He is often referred to as the “King of Rock and Roll.”

Harry Lillis “Bing” Crosby (May 3, 1903 – October 14, 1977) was an American singer, songwriter and actor. Crosby’s trademark bass-baritone voice made him one of the best-selling recording artists of the 20th century as a multimedia star from 1934 to 1954.  Bing sang in the traditional pop, jazz and vocal genres.

Elvis Aaron Presley (January 8, 1935 – August 16, 1977) was born to Vernon and Gladys Presley in a two-room house in Tupelo, Mississippi. His twin brother, Jessie, was stillborn, leaving Elvis to grow up as an only child. He and his parents moved to Memphis, Tennessee, in 1948.  Elvis’ musical influences were the pop and country music of the time, the gospel music he heard in church and at the all-night gospel sings he frequently attended, and the black R&B he absorbed on historic Beale Street as a Memphis teenager.  In 1954, Elvis began his singing career and by 1956 he was an international sensation. With a sound and style that uniquely combined his diverse musical influences and blurred and challenged the social and racial barriers of the time, he ushered in a whole new era of American music and popular culture. Elvis also starred in 33 successful films.  Another Version Link 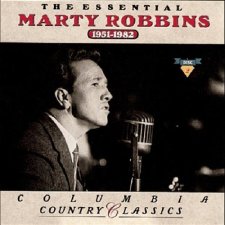 Singing the Blues
by Marty Robbins

Martin David Robinson (9-26-1925 – 12-8-1982), known professionally as Marty Robbins, was an American singer, songwriter, actor, multi-instrumentalist and NASCAR driver. One of the most popular and successful country and Western singers of his 4-decade career. Robbins sang in the country, gospel and pop genres.

So what’s your favorite of these blue songs?
Or do you have a different favorite blue song?
Please leave a comment and let us know…

And Thanks for visiting!