(Here are some “good old” and some new – favorites)

(Links: Album Cover picture goes to music/video,
“by – Name” goes to Band’s webpage,
Band name in description is a link to Wikipedia info on the Band)

Libera is an all-boy English vocal group directed by Robert Prizeman and founded in 1984.  Members come from a variety of backgrounds in the London area. They attend many different schools, including performing arts schools and the parish choir of St. Philip’s, Norbury. Their ages generally range from seven and ten, however there are older boys also.  The choir members have no particular religious affiliation.   Their music genre frequently combines elements of Gregorian chant, classical compositions as well as contemporary pop and new age music.

Turn Turn Turn
by – The Byrds

The Byrds were an American rock band, formed in
Los Angeles, California in 1964.

What’s the Bible say about time?  Turn Turn Turn gives us one Biblical aspect of Time.

Time After Time
by – Cyndi Lauper

Cynthia Ann Stephanie “Cyndi” Lauper (born 1953) is an American singer, songwriter and actress.  Cyndi was born and raised in Ozone Park, in the borough of Queens, New York City.  Her mother uses the stage name “Catrine Dominique” for the music videos in which she has appeared.  Her father was of German and Swiss descent and her mother is Italian American (from Sicily). 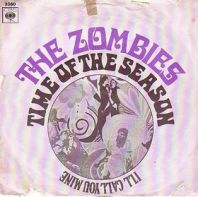 Time Of The Season
by – The Zombies

The Zombies are an English rock band formed in 1961 in St Albans.  The band is led by Rod Argent on piano and Colin Blunstone on vocals.  Genres: rock, baroque pop, psychedelic pop, beat.

If I Could Turn Back Time
by – Cher 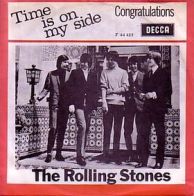 Time Is On My Side
by – The Rolling Stones

Thomas Alan “Tom” Waits (born 1949) is an American singer-songwriter, composer, and actor. Waits has a distinctive voice, described by critic Daniel Durchholz as sounding “like it was soaked in a vat of bourbon, left hanging in the smokehouse for a few months, and then taken outside and run over with a car.”  Genres:  rock, experimental music, blues, jazz, experimental rock, alternative rock. 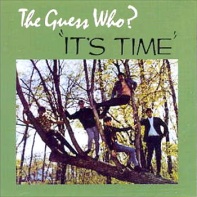 No Time
by – The Guess Who

The Guess Who started out as a local Winnipeg band formed by singer/guitarist Chad Allan in 1960 and initially called Al and the Silvertones. This was changed to Chad Allan & the Reflections in 1962 and by 1968 the band became The Guess Who.  Genres: rock, blues rock, folk rock, garage rock, hard rock. 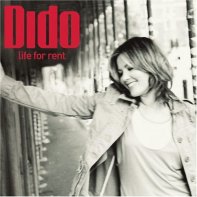 Do You Have a Little Time
by – Dido

Dido Florian Cloud de Bounevialle O’Malley Armstrong (born 1971), known as Dido (pronounced /ˈdaɪdoʊ/), is an English singer-songwriter.  Dido was named after the mythical Queen of Carthage.  Her singing genres include pop, trip hop and alternative rock.  She began her music career in 1995.

Foreigner are a British-American rock band, formed in 1976 by veteran English musicians Mick Jones, Ian McDonald and Dennis Elliott, along with American counterparts Lou Gramm,  Al Greenwood, and Ed Gagliardi.  Jones came up with the name Foreigner from the group of mixed origins.  Genre: hard rock. 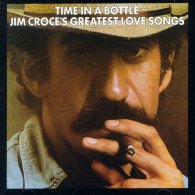 Turn Back Time
by – Aqua

Aqua is a Danish-Norwegian group, best known for their 1997 breakthrough single “Barbie Girl“.  Aqua’s history together dates back to 1989 when they were originally called Joyspeed.  Genres: bubblegum dance, europop, eurodance.  (another version)

Time for Me to Fly
by – REO Speedwagon

REO Speedwagon is an American rock band formed in 1967.  The band grew in popularity during the 1970s and peaked in the early 1980s.  REO Speedwagon took its name from the REO Speed Wagon, a flatbed truck and fire engine, manufactured by the REO Motor Car Company. (“R.E.O.” are initials of the company’s founder, Ransom Eli Olds, who also founded Oldsmobile, once a division of General Motors.)

Joe Tritz, from Wisconsin, USA, started writing and recording music in the early 80′s in the “metal” genre.  In the mid 2000′s he turned his focus to Christian music.  He says that when he changed his focus, “God apparently opened the floodgates because I have so many song ideas I can’t keep up with them.”  He considers his songs of the Contemporary Christian Music genre.

Come, Now is the Time to Worship
by – Brian Doerksen

Brian Robert Doerksen is a Canadian, Christian singer-songwriter and worship leader from Abbotsford, British Columbia born in 1965.  He’s been active in Christian music since 1989.

Outside of Time
by – Justin Stroh

Justin Stroh has served as a Catholic lay minister to youth and families for over 15 years.  In the early 90′s Justin traveled as the Music Director of the Catholic youth outreach group “RADIX”.  He currently resides in Faribault, Minnesota.

Chairmen of the Board is a Detroit, Michigan based soul music group active mostly in the 1970s, that is still touring today.

The Time
by The Black Eyed Peas

A Time For Us – Andy Williams

In a Time Lapse – Ludovico Einaudi (one of my favs)

Do you have a favorite “Time” song?
Send in your suggestion in Comments and we’ll work on getting it included – (morally decent please – the Black Eyed Peas song was a real stretch for me – but there’s one for the younger set, as most of mine are fairly “dated” –
unintentional pun on time!)